According to the credit agreement, Vietcombank Kon Tum will finance the Fococev Tay Nguyen to invest in the construction of a cassava starch processing factory with a capacity of 200 tons per day and night in Kon Ray District, Kon Tum province. The project has a total investment of VND224 billion, of which Vietcombank is contributing VND177 billion (cover 79% of total investment).

Speaking at the signing ceremony, Mr. Dao Quy Chung – General Director of Fococev Vietnam joint stock company and Chairman of Central Highlands Fococev highly appreciated the cooperation of Vietcombank and Fococev in the past and shared the strategic orientation of Fococev. In the coming years. Mr. Chung affirmed that Vietcombank will always be a strategic partner and a funding unit for Fococev’s next projects. 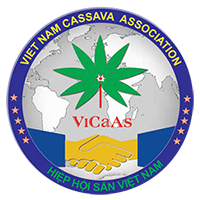